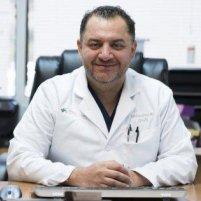 Sexual health is an important component of your overall health and wellness, but it can be difficult to enjoy sex when you’re self-conscious about the appearance of your genitalia. At Beacon Hallandale OBGYN in Aventura, Florida, Lev Kandinov, MD, offers a range of vaginal cosmetic surgery options that can help. If you’re curious about what these procedures can do for you, book a consultation today to learn more. You can set up your visit by phone or online using the scheduling tool.

Every woman who pursues vaginal cosmetic surgery has a unique set of motivations and treatment goals, and none of those factors are any more or less valid than any other. The most frequently cited reasons are to gain enhanced confidence and sexual satisfaction, which often go hand in hand.

Vaginal cosmetic surgery can accomplish a number of goals, both in terms of function and aesthetics. Even better, these procedures are safe, effective, and require minimal recovery time.

For some women, large or protruding labia cause discomfort due to friction against tight clothing. Exercise and intercourse can also be uncomfortable, as the skin can easily become irritated during movement. A condition called labia hypertrophy is often the cause of enlarged labia.

Labiaplasty is a minor surgical procedure that corrects enlarged labia, creating more balanced proportions and reducing excess friction. The procedure can be done under local anesthesia or sedation, and recovery time is minimal.

What is clitoral hood reduction?

Your clitoral hood is the flap of skin that sits above your clitoris. It protects your clitoris from excess friction throughout the day. Because your clitoris has more than 15,000 nerve endings, this protection is vital to avoid overstimulation.

However, some women have excess skin in this area, creating a clitoral hood that protrudes or reduces sensation in the clitoris. A clitoral hood reduction can help by removing just enough tissue to enhance the appearance and function of this area of your genitalia.

Clitoral hood reduction is often done in conjunction with labiaplasty. It’s critical to choose a specialist like Dr. Kandinov who is experienced in this procedure, as a poorly executed surgery could negatively impact sexual pleasure.

Your vagina is an incredibly resilient organ, but childbirth can cause significant changes to its structure. The process of giving birth causes the tissues of your vagina to stretch and can separate muscle walls. That leads to a condition known as vaginal laxity, which is characterized by a lack of vaginal tightness.

Vaginoplasty is a surgical procedure to repair separated muscles and remove excess skin from the rear portion of your vagina. In some cases, a small amount of external skin is also removed for enhanced aesthetics.

The end result is increased friction during sex, which can greatly enhance pleasure for both you and your partner. When you’re ready to learn more, schedule a consultation online or by phone.